As an agency, we at RiseTheWeb are always trying to develop and progress in our work and our relationships with clients. The quality of our work and the high standards that we follow are not the only things that define us as a team, however. Together with those, we are also engaged citizens that want to make the society that we live in better and use our expertise for good, helping however we can.

That was the motivation that got us working with one of the greatest Bulgarian players of all time – Dimitar Berbatov.

Sports betting and sports marketing are not only our main fields of work, but also a passion of ours, so naturally, we had been following the news around the Bulgarian Football Union (BFU)  and the upcoming vote for a new president. We were inspired by Berbatov’s cause – (R)Evolution is here so much that we decided to get in touch and offer our expertise and help pro bono. And that is how we began working on a cause to revive Bulgarian football by supporting young and ambitious talent in the face of Berbatov and his team.

The biggest challenge was the timeframe of the project. We had only a few days to gather a team, build the main platform for the project  – the website – from scratch and go live. As Berbatov is a popular figure with more than 2 million followers only on Facebook, we were not sure how much traffic his candidacy would bring to the website, so extra measures had to be taken in this direction. Together with that, we had to create a clean but at the same time engaging brand identity that would suit Berbatov’s image and cause.

In terms of strategy, we had to formulate all key messages for the cause and choose the best way to present them to the audience. A key challenge here was to communicate all key messages in the span of only 3 weeks and popularize the website and the cause itself in popular social media and news media platforms for this short period.

Working on a cause of this magnitude and building the digital presence of the (R)Evolution is here from scratch required strength in numbers. In only 5 days we managed to gather a team of 18 professionals, all devoted to the idea so much that they were willing to spare their free time and weekends on the project. Once we had the organization and everyone’s role in the team sorted, we performed extensive research on similar football and political campaigns to gather insight into the best platforms and organizational tactics that we could leverage to our advantage. In the meantime, we also brainstormed with one of Berbatov’s main strategists – Boris Stankov to develop a strategy for the key messages that they wanted to present to the people and the best format for them.

“It was a great pleasure to see that there are so many enthusiastic young and capable people who are ready to get involved in a cause. There was a lot of adrenaline in gathering 10 new people in 5 days. I believe that with our small contribution, we will be part of the big change that football in Bulgaria needs.” – said  Emil Kanev, CEO of RiseTheWeb.

After we had the basics sorted, our main priority was the website. Our team of copywriters gathered all the necessary information and wrote the texts for the different sections while our developers were building the site on WordPress.

We made the site clean and functional and visually emphasized the most important parts of the campaign and the program itself because of our main target group. Due to Berbatov’s international popularity, we made the website bilingual, adopting Bulgarian and English as core languages. Once everything was approved, we fixed the SEO of the site and uploaded the necessary tracking codes (Google Analytics) to gather data.

The next step was to create profiles in suitable social media platforms, so we can present the website and (R)Evolution to the world. Based on the numbers, we decided on using Facebook as our main platform together with Instagram, LinkedIn and Twitter as supporting ones. We followed the newly created brand identity in all profile designs to keep a consistent image and created a few templates to use for the social media posts. 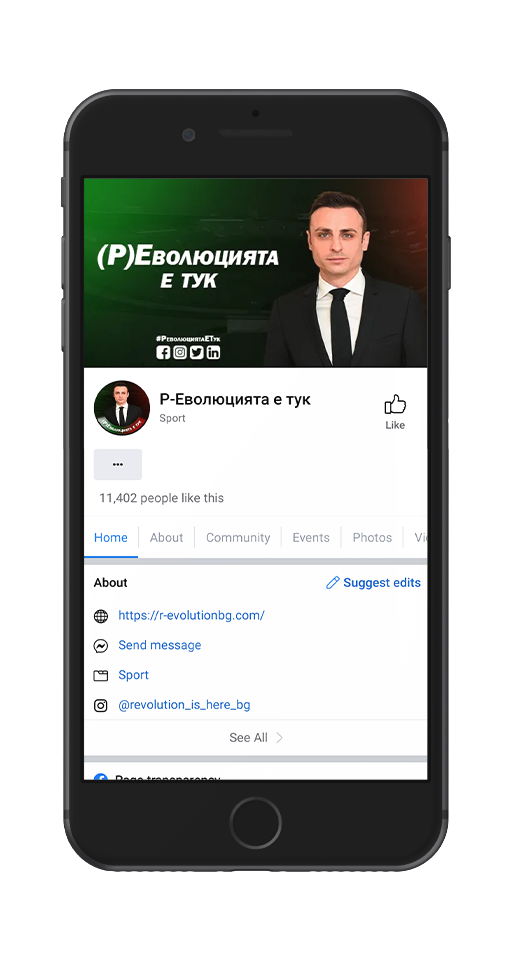 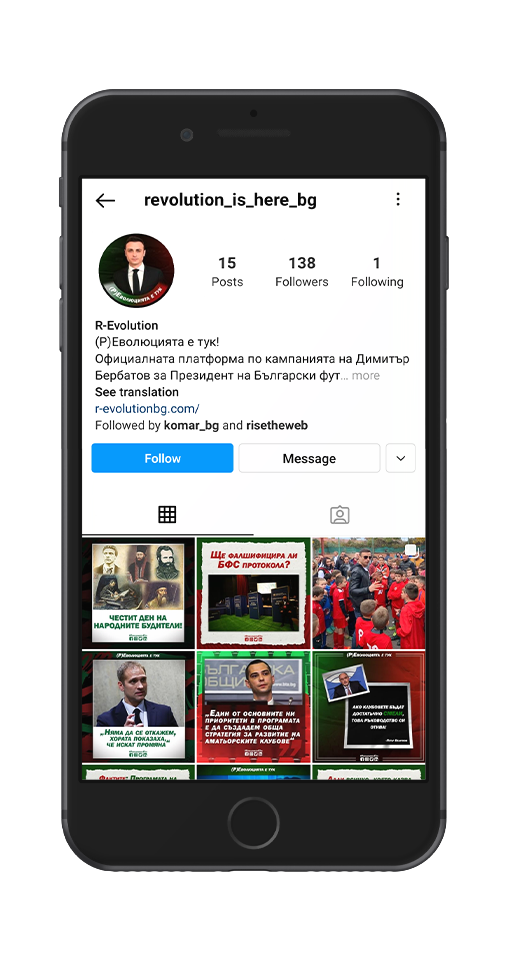 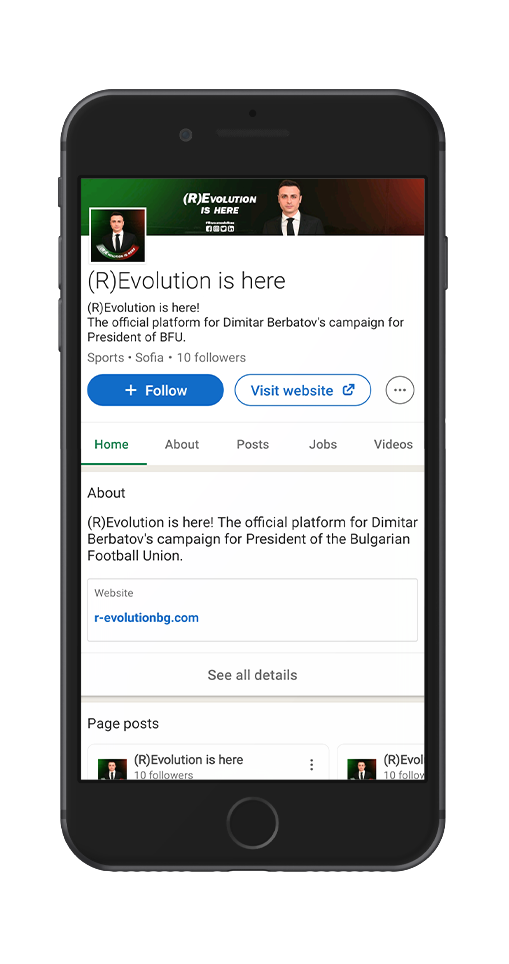 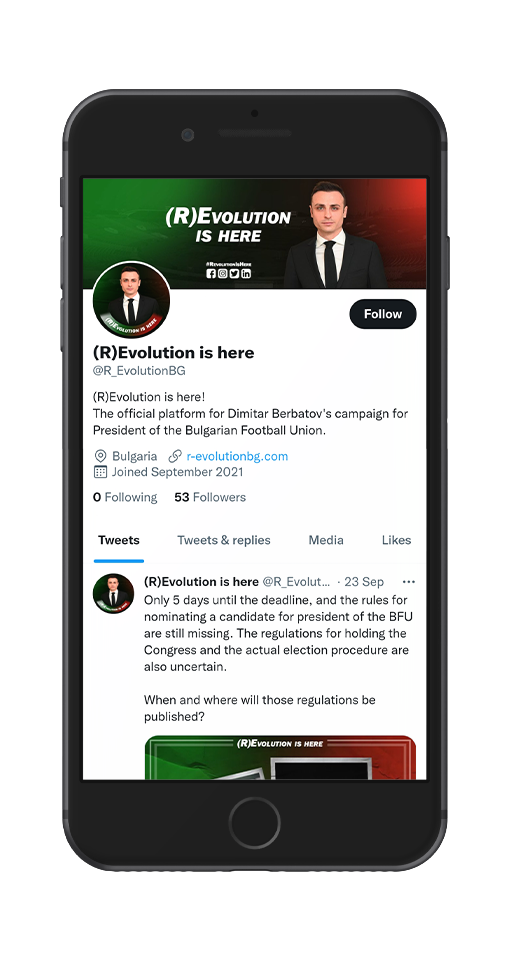 Our reach and engagement strategy was to post only organic content that would be reshared from Dimitar Berbatov’s personal page as he already had a huge amount of followers and could give the new platform a leg up. Due to the fast-paced development of the campaign, we used an ad-hoc posting method. It required us to react in terms of minutes with new designs, copies and an always-available social media coordinator, but the results were imminent.

The results of the campaign were outstanding (especially having in mind the short time period). The brand new Facebook page got from 0 to more than 1 million reach in the 3 weeks and the first post alone got the impressive 688K reach and 71K engagement with 2.8K likes and 1.8K shares. 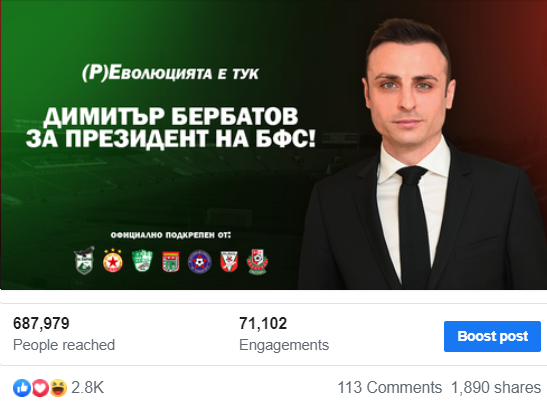 The static posts constantly got between 50K and 100K reach and there were numerous posts with more than 10K engagement. The 3 video posts that we shared also got amazing results with 6.3K video engagement and 197.2K minutes viewed.

The website also achieved great results and got more than 4.5K new users and 14.7K (12K from which were unique) pageviews for merely 3 weeks.

Apart from our own platforms, the (R)Evolution candidacy also got recognized in some of the biggest national televisions and sports platforms such as BTV News, Sportal.bg, Gong.bg and others. 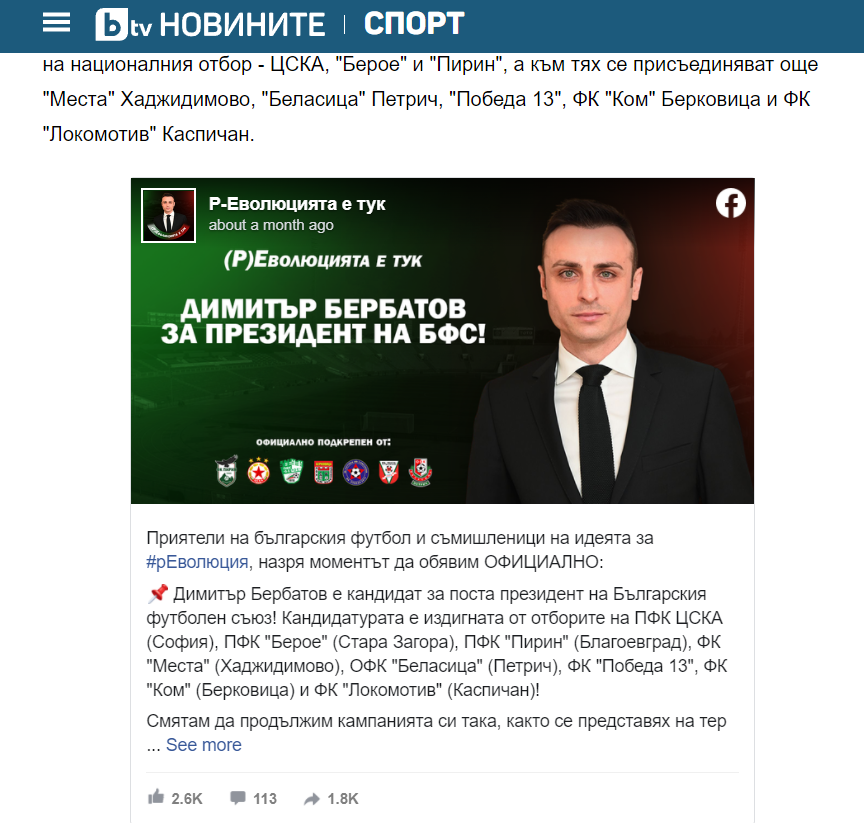 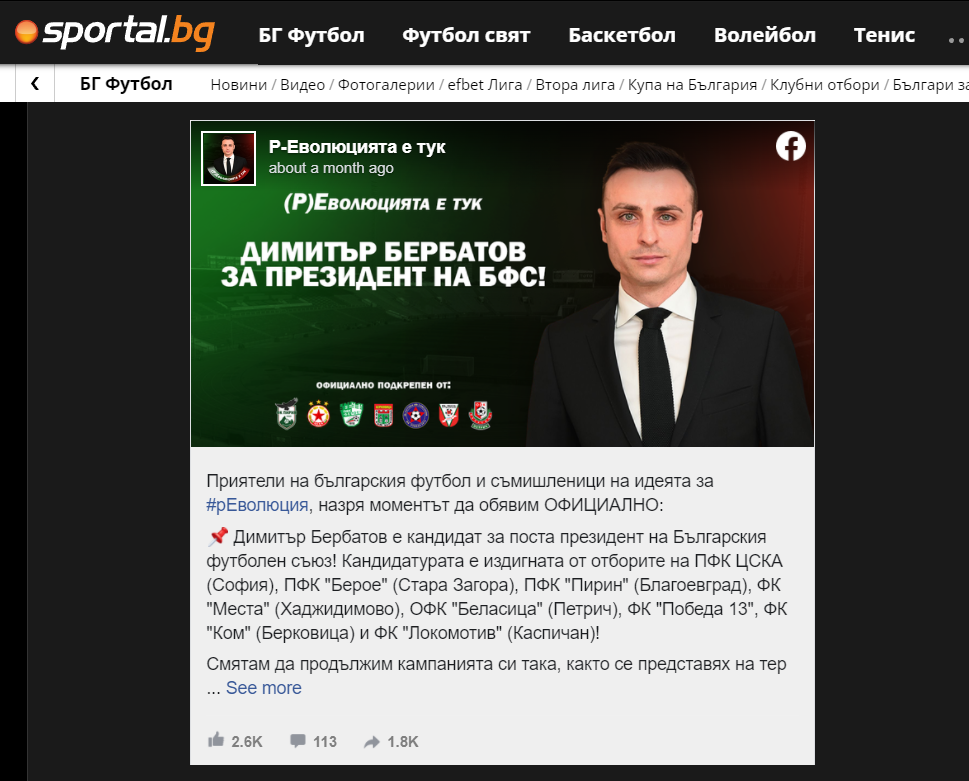 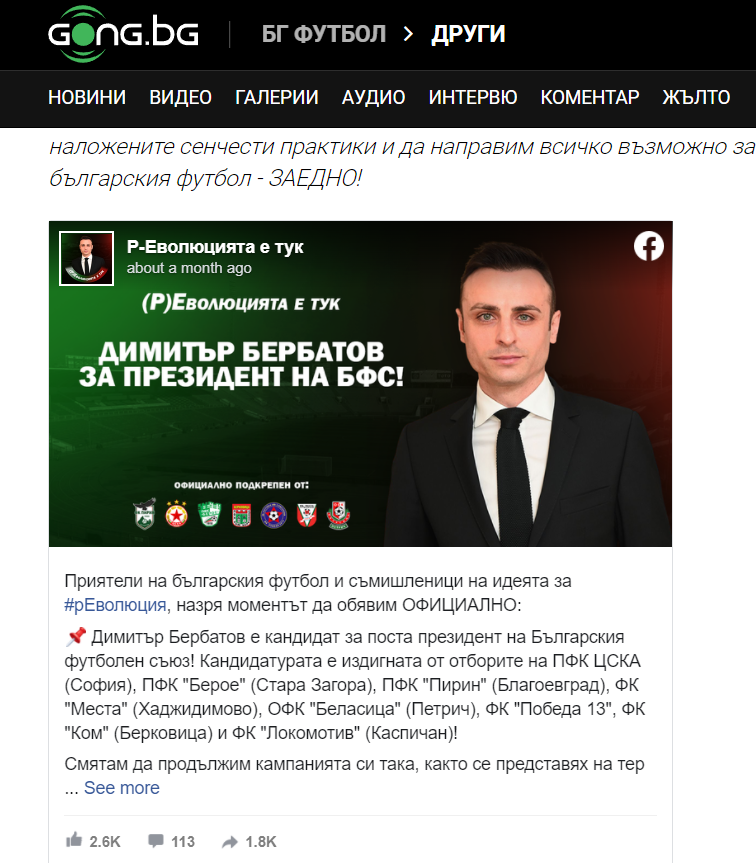 Overall, it was one amazing campaign with a great cause and we achieved some impressive results for this short period. We are keeping the door open and we are curious to see what the future will bring.

“It was a great pleasure to work with the team of RiseTheWeb and all football fans with great knowledge in marketing and PR, which Emil managed to gather. We will keep working until the change happens. Bulgarian football is in dire need of such.” – said Boris Stankov, Chief Executive of (R)Evolution is here and Match Delegate at UEFA.

A word of thanks